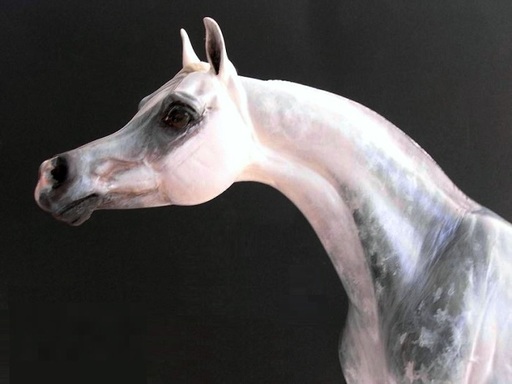 Daidarabocchi is having an amazing stud career at MirrorManor and is already sought after for his qualities, beauty and pedigree...
He is particularly swift and tender and loves to be around mares and foals, never acting up or becoming dangerous, even with mares in heat...
He is super well mannered and is a real stunner...
We don't think he will grey out fast, since his mane and tail already are a beautiful silky snow white but his body still retains a lot of dark pigment...

He is the perfect sire for you, if you are looking for a timeless Russian beauty, with a solid and refined pedigree and look.

Daidarabocchi has already sired a few gorgeous foals abroad and for MirrorManor, here in Switzerland.
Daidarabocchi has sired a few PBA foals, but now we are breeding him to purebred mares only.
All of his foals carry his long legs, a beautiful refined head and magical presence...