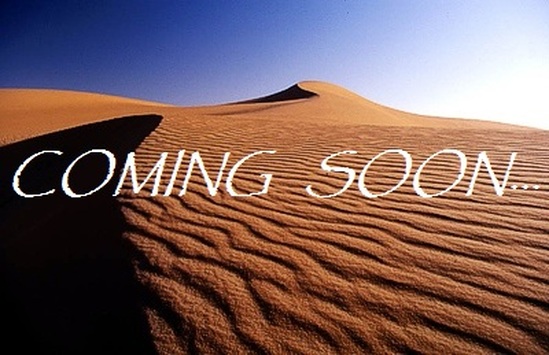 Thomtidom (Ordovizium x Shulay Golden Temptress ®)
Thomtidom
Type : Arabo-Teke (Arabian x Akhal-Teke)
Age : *2003
Gender : stallion
Color : smoky creme (double diluted black)
Markings : pending
Sire & Dam : Ordovizium (*1996) (perlino Akhal-Teke) & Shulay Golden Temptress ® (*1998) (palomino PBA)
Sculpture : "Peter Stone Arabian" by Carol Williams/Peter Stone Co. (USA), customized by Paul Sanders (USA)
Finishwork : pending
Breeding : OPEN TO PURE-, PARTBRED ARABIAN & AKHAL-TEKE MARES
Thomtidom is a priceless horse... he unites many reasons for us to place him above our other beloved Arabian horses...
He is a creation out of my love's studio... Paul has been working on and off on this horse for a long time and when he showed him to me, I fell in love with him and Paul surprised me, telling me he was mine if I wanted him...

Thomtidom was named after the magician "Jan Thomtidom" in the children's novel & TV adaptation "De Zevensprong" by Dutch author Tonke Dragt - a story which marked my childhood.

Thomtidom is an exceptional stallion with an exotic and researched pedigree... he is out of one of my Akhal-Teke modelhorses named "Ordovizium" and out of the wonderful palomino partbred Arabian mare Shulay Golden Temptress ®, a premium PBA and championess from Australia.
He sports a rather rare and exotic color : smoky creme, which is a double diluted black and with perlino one of our favorite horse colors...
Thomtidom is extremely well mannered, experienced and beautiful, which is something he knows well. He has covered many mares and is one of our most successful stallions.

He is the perfect sire for you, if you want an impeccable stallion with Arabian & Akhal-Teke blood that not only is pure beauty with his rare and striking smoky creme color, but who also is a consistent architect of beautiful new generations worldwide...

Thomtidom is one of our most successful and sought after stallions...
He has sired many foals for MirrorManor and abroad, which went on to become BEST IN SHOW !
The color palette he can throw, depending on the mare, is exquisite... from simple dilutes and double dilutes, he passes his beautiful features and qualities onto each one of his daughters and sons...
Thomtidom is open to select pure and partbred Arabian and Akhal-Teke mares... Please contact us with your mare's information if you want to breed her to this extraordinary and exotic beauty !


Progeny not owned by MirrorManor is indicated in white font.

Ziynet
(*2012), palomino Arabo-Teke colt, from El-Jahrousse (*2004) by Al Adeed Alshaqab ® x Musalina ® (by Malik ® by Hadban Enzahi ®), owned by Zovi Stables/Tai Enarsson (Sweden), grey SE mare.
Owned by Zovi Stables/Tai Enarsson (Sweden).
(Ziynet went on to win BEST IN SHOW for "vintage customs" at the famous Waterfestival Live Show in Stockholm, Sweden, in August 2013, as well as OVERALL BEST IN SHOW ! That is quite an achievement for a 15-year-old never-before-shown custom model.
CONGRATULATIONS to Tai Enarsson, the proud owner !!!).